ON WINGS OF IMMORTALS - SERIES

THE SYLPH'S TALE, is brief but essential as it introduces Ayekah, once Archangel of Light and Haya, a virgin escaping rape.
Synopsis: Ayekah is damned after falling for Haya. But when Haya abandons him, caught between heaven and damnation, Ayekah must accept a destiny she must fulfill.

Comments by editors and from competitions:
"This has imagination and touches on the mythic and spiritual in ways that are not typical."
"The Sylph's Tale made for a most unusual read. The choice to format the story more as a series of vignettes from a creation myth. Fallen angels appear in many stories, but it's far less common to see through the angels' own eyes."
"The love between a girl from prehistoric days and Ayekah was beautifully told and although this book was too religious to my liking I believe that the next books will probably be more paranormal than biblical."
Note to readers: Thanks for purchasing THE SYLPH"S TALE. Your reviews and comments help me when writing the series. In gratitude, I will offer you free copies of Ayekah The Damned upon publication.

Available on Amazon and D2D and has excellent comments by readers.

A provocative tale about an Archangel seduced by a mystical Virgin.

Fantasy/Mythology-approx. 50 thousand words:  Available by the author for publication.

Synopsis: In prehistoric times, the Archangel of Light drawn to humankind finds a secluded place that becomes his paradise. Into it runs a virgin escaping rape.
He falls for her and damned for eternity his name becomes Ayekah. After he names her Haya, he discovers that she is mysterious, powerful and vested with a mission that he must help fulfill.
They birth generations of daughters and reform her culture. After Haya's death, when not in her crypt, Ayekah roams the earth until modern times when she gives him an unusual command.

Ayekah The Damned is loosely based in the history and myth that includes: ancient people in north and Mesoamerica, their Rites, Sacred Spaces, the Underworld, and Stone Tablets.
The fallen angel is akin to Genesis 3:9. After Adam and Eve eat from the forbidden tree, God asked Adam, "where are you" or "ayeka" in Hebrew. Also, Samael's fallen angel as the "watchers, holy ones" and they "fell" after they became "enamored" with human women." Also, "the Greek transcriptions of Grigori.[17] and Enoch (10.4),[18] link the angel's transgression with the great deluge.[19]"

The innocent virgin is akin to Samael's counterpart Lilith who seduces angels. Haya can mean "to live or 'have life," or "to give" or "restore life"; (Genesis 25:6, Joshua 3:10), lively (2 Samuel 23:20), and reviving (Genesis 18:10, 2 Kings 4:16).
The seduction of the Archangel by the Virgin is akin to Nashiym, the Lilim, who seduced the watchers. Samael's counterpart and a mother of demons seen seducing the fallen angels as Naamah; after the fall, they had daughters: "Wholly new in the Kabbalistic concept of Lilith is her appearance as the permanent partner of Samael, queen of the realm of the forces of evil (the Sitra Ahra)."

"After the fall, they had daughters: Nashiym, the Lilim who seduced the watchers. “Wholly new in the Kabbalistic concept of Lilith is her appearance as the permanent partner of Samael, queen of the realm of the forces of evil (the Sitra Ahra).”


Synopsis: The saga of mystery and otherworldly powers continues when in 1958, the first generation of female twins from Haya’s fetus is born. One is fertile and gives birth to twins; the other is the watcher and guide.

The twins are as moss on a stone of destiny. Together they overcome terrifying ordeals. Beautiful and haunting, endowed with a sixth sense, they rebel but cannot deny that their otherworldly encounters are beyond their control. Ayekah forms The Retais to safeguard and influence them, but they are fearless, even when confounded by terrifying events and apparitions.

There comes a time when not even Ayekah can alter events. The last born are not twins but each to a twin and driven to learn what they suspect is their exact origin and to transform their destiny.

"And the earth helped the woman, and the earth opened her mouth, and swallowed up the flood which the dragon cast out of his mouth." Revelations 12:16."

Synopsis: Powerful forces influence the last born, Rayena (Ray) and Aryana (Ary) - each born to one of the last twins. Ayekah forms The Retais, a powerful organization, to protect them.

Ray becomes a Geneticist and Ary a Parapsychologist. Ayekah tries to protect them from Sigrud Liera (Sig), a scientist of unknown origin, who uses Tardell, his powerful organization, to control Ray and Ary as he underhandedly infiltrates The Retais.

Ray builds a research site near Rio San Juan to head a cloning project. There she battles with good and evil and is besieged by the unknown when she captures a unique species of Salamander; she names ROLO. She aims to heal illnesses, but Sig wants ROLO to birth human mutants.

Ary, compelled to stop Ray, enlists the help of Alex, a movie producer, and Ray’s lover. However, days before the 1992 Nicaragua hurricane Mitch, ”Sig makes Ray, Ary and himself a living part of the first human/android, ROLO. Not even Ayekah can save Ray and ROLO as they disappear in waters of destruction.

Synopsis:  In a battle for eternal life between greed and magical powers, humankind almost becomes extinct. Ray and Ary join forces to infiltrate Tardell and destroy ancestral shackles that keep them bound to a destiny they come to refute.

Marta C. Weeks' love for books started in childhood when limited by polio she read. Her favorite place was the attic of her grandparent's store where books were stored. By a small barred window, under a light bulb strung from the ceiling, Marta read and dreamt of becoming a dancer and author. 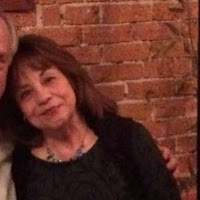 After high school, she became a fashion model and dancer. Later, while a stay at home mom, she took college classes, hosted a TV show, taught dancing, and volunteered as a counselor. Her 30-year career in government started as a clerk, for the last twenty years was a Research Analyst.

Marta, new at writing, is constantly learning and improving. Her screenplay adaptation of The Sylph's Tale won a third-place ISA award and was a finalist in poetry at the San Francisco 2012 writers conference. Her work is published on Examiner.com and CBS Sacramento.

Marta C. Weeks lives in Northern California with John, her spouse/editor, and contributor.  John is into filming and volunteering at the local TV station and Railroad Museum.  Marta is also a public speaker, blogger, and social activist.

Email ThisBlogThis!Share to TwitterShare to FacebookShare to Pinterest
Labels: angel falls for a virgin., Fantasy based on Mythology, ON WINGS OF IMMORTALS - SERIES

Thanks for comments and suggestions.