ABOUT THE SYLPH’S TALE AND ON WINGS OF IMMORTALS

Lost without Haya the Archangel surrenders to damnation to help her birth a new humanity.

First came The Sylph’s Tale (TST), published in 2017. Even though it’s only 17 pages and wasn’t advertised, it received good ratings, and I got great feedback on Amazon, D2D, and writing groups.

Then I wrote it as a screenplay, submitting it to two contests in one, it got good reviews and in the other, it won a third-place award.

ABOUT ON WINGS OF IMMORTALS - THE SERIES (OWOI)

Note: The series might offend some readers and it's also only recommended for adults.

MYTHOLOGY ABOUT SYLPHS AND ELEMENTALS

In Greek, the word Mythology is two parts, Ethos and Logo. Ethos means that it develops from history, religion, nature, language, art, symbolisms, order, and chaos. Logo is the investigation of science and elements that makes us who we are.

Myths about beings without a soul evolved from the belief of elemental spirits: Mermaids from water, Sylphs from the air, Gnomes from the Earth, Salamanders from spirits.

Since ancient times, scientists spoke about humans as having an elemental spirit. In the "Paracelsian concept," Elementals are supernatural "humanoids" that live longer than humans and when a mortal weds an immortal, the humanoid spirit becomes immortal.

In The Old Testament, Elementals are also known as Nephilim or "giants" or "the fallen ones" from the Hebrew word naphal or "to fall."

The ancient Maya left evidence of their contact with miraculous visitors or elemental beings.

Ayekah: In Genesis 3:9. After Adam and Eve ate from the forbidden tree, God asked Adam, "ayekah," in Hebrew it means "where are you?" In the Torah, it’s referred to as "watcher" and "holy one."

In Maya mythology, Ayekah is akin to Itzamna, a god and creator thought to live in the sky.

In Maya mythology, Haya is akin to Ix Chel, the divine goddess believed to have helped create the world. Her powers include: healing, intuitive knowledge, the ability to control earthly forces, and to choose the sex of a human fetus.

In the beginning, the Almightys assigns Celestials to witness creation and evolution. Discord starts when humans are granted an eternal soul. To appease the highest Celestials the Almighties name one Archangel of Light and seven others as Guardians.

In time, the Archangel (dubbed AOL by the Guardians) damned for falling in lust and love with a virgin he names Haya, the Almighties name him Ayekah.

Haya and Ayekah had many children and changed her suppressive culture to an almost matriarchal society. After death, Haya remains eternally alive thru her own powers and because of Ayekah.

Decades later Haya dies; although, she lives eternally in spirit, mind, and flesh via Ayekah.

From ancient to modern times, every single generation of Haya and Ayekah's descendants are descendants - known to only a few - has Haya's and Ayekah's genes and are all knowledgeable and advanced for their time.

The last generations are all female twins, one is the mother the other the watcher.

Their lives are marred by apparitions and voices amid adventure, passion, and turmoil.

The last twins, Ray, a Genetic Scientist, and Ary, a Parapsychologist, but in their own way, have the same objectives: to protect and save humanity from extinction.

The last twins, Ary and Ray, besieged by events and apparitions of a female spirit and a male voice, use their scientific and philosophical knowledge to investigate what they sense is impending human extermination.

Ray goes into the jungle to find a Salamander species on which she will conduct cloning experiments. Ary joins Ray’s lover Alex, a movie producer, to find Ray after a deadly hurricane.

Meanwhile, the Retais, an evil secret society ruled by Sigrud Liera, wants to capture both Ray and Ary and their knowledge and power, for they know who their ancestors are.

After Ray almost dies and disappears under the turbulent waters of a hurricane she is saved by two invisible beings. Ray and Ary join in a fight against Sigrud Liera, a malevolent scientist and shapeshifter.

However, their time is taken by the flailing health of their mother and by natural disasters that almost destroyed humanity.

Just when it seems that hell has overtaken the battle between good and evil, magic intensifies, and Ray and Ary become part of experiments using Salamanders to clone humans as the wealthy and powerful live in massive towers and ocean liners.

Your comments and suggestions are very welcome!
Posted by Marta C. Weeks at Sunday, October 24, 2021 No comments:

About characters in your book

An interesting podcast about characters.
https://youtube.com/c/AuthorsAI
Your comments and suggestions are very welcomed!
Posted by Marta C. Weeks at Friday, October 08, 2021 No comments:

Your comments and suggestions are very welcomed!
Posted by Marta C. Weeks at Wednesday, October 06, 2021 No comments:

Want some great writing advice that is most of the time free and or for very little?
No, I don't get a commission from Jerry Jenkin, nor have paid for classes, etc. but I go to his site for great information and advice. So, I am sharing his site because it has helped me a lot without ripping me off.
https://jerryjenkins.com/how-to-write-a-synopsis/#fiction
https://jerryjenkins.com/learn/tw-quiz-results-4-27/
Your comments and suggestions are very welcomed!

How women can exert their power.

“Convert their sh*t into your fuel”
https://www.ted.com/talks/leila_hoteit_3_lessons_on_success_from_an_arab_businesswoman/up-next
Your comments and suggestions are very welcomed!
Posted by Marta C. Weeks at Tuesday, August 24, 2021 No comments:

How writing about traumatic situations or events helps.
https://www.thecreativepenn.com/2021/08/23/writing-trauma-memoir/ 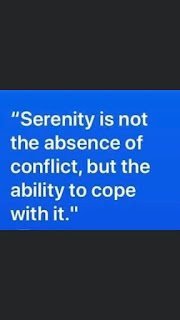 Your comments and suggestions are very welcomed!
Posted by Marta C. Weeks at Monday, August 23, 2021 No comments:

How Editors Know if Your Writing Is Good

I need your help!

Ayekah the Damned, first book of Elementals (my four book series) is currently over 69k words, it will be at least 80k words. The next three books are at present over 30K and all are historical/ fantasy/ paranormal: https://www.martacweeks.com/p/on-amazon-on-books2read-warning-this.html
However, I am told the synopsis is too long so I am trying a revised one, please let me know what you think. Than you!
Book one, Ayekah the Damned, starts when Celestials are sent to Earth to witness Creation and the Archagel of Light is Damned after falling for a virgin escaping the First Virgin Survival Rites in a Maya culture marooned in an island.
After the fall, the Archangel’s name becomes Ayekah; meaning, “what have you done”. The virgin’s name becomes Haya, meaning “life”. From Ayekah and Haya and other virgins, are born generations of angel humans.
The book ends after the Almighties try to destroy all Angel/ Humans. Most of Ayekah and Haya’s descendants are saved by the two headed dragon of eternity that forms the two peaks of Mount Ararat.
The next books start in early modern times and go into the future.
Again thank you, I look forward to hearing from you.
Best regards, Marta
Your comments and suggestions are very welcomed! 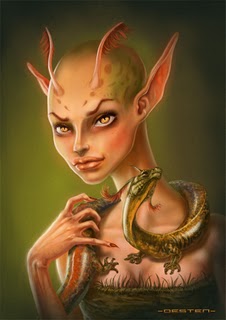 Man on the cross on this Easter

Help us recognize that buckled

We excused immorality and disdain.

Man on the cross hidden by sashes

To keep pious signing in praise

Not offended by blood from nails

Or a crown of thorns.

Help us recall how You

Buckled under lashes of greed

Hung for us to stand strong

Against borders to build nations.

Not for wigged powdered classes

But for freedom and equality

As You, Moses, Mohamed, Buddha

Rose to give strength and purpose.

For the time has come to end

Rules that topple our nation

Under mire and stench.

Your comments and suggestions are very welcomed!
Posted by Marta C. Weeks at Sunday, April 04, 2021 No comments:

Email ThisBlogThis!Share to TwitterShare to FacebookShare to Pinterest
Labels: Political poem
When and how to put your  characters in peri!

The emotional peril a character faces is just as important as the physical peril. 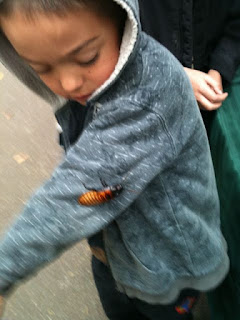 .com/2021/03/4-ways-to-create-emotional-peril-in.html?utm_source=newsletter&utm_medium=email&utm_campaign=last_week_on_fiction_university_march_29_april_3&utm_term=2021-04-03
Your comments and suggestions are very welcomed!
Posted by Marta C. Weeks at Sunday, April 04, 2021 No comments:

In the world of struggling writers everything costs $ that most of us don't have, but there's hope. Famous authors such as Jerry Jenkins share, for free, a lot of valuable information. Thank you JJ! Here’s is one of his latest posts, more sign up for his email!
https://jerryjenkins.com/creative-writing-101/?inf_contact_key=7fcc4477f626fa901f49d9cc8496ed1d09c74070ac2bf3cfa7869e3cfd4ff832
Your comments and suggestions are very welcomed!
Posted by Marta C. Weeks at Tuesday, March 23, 2021 No comments: 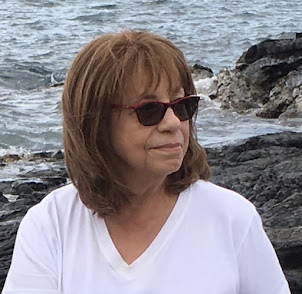